In the next week or two we’re releasing an update to the game aimed at improving many areas and experiences. We’ll be performing some behind the scenes changes this week in preparation. This is possibly our largest update from a technical point of view with huge changes to how the game is made. For this reason we are choosing to release this update to Android players first, and not the others. The reason for this is that Android does not have an approval process that our updates must go through – for Apple this can be up to two weeks! For Android we can rapidly respond to any game breaking bugs by releasing an update as soon as we fix them. Therefore, we ask for patience from other players as we ensure we can submit a bug free (as much as that is possible) update to Apple and BlackBerry.

This blog post goes into more detail regarding the changes in the latest version of the game. Most of the time on this update was spent rewriting sections of the game to improve overall performance, which means much of the time, if we did it right, you shouldn’t be able to tell we’ve done anything.

However, that also means it’s not very interesting, and you don’t want to read about it. So I’m going to try to outline why we made certain decisions and changes to the game this time. 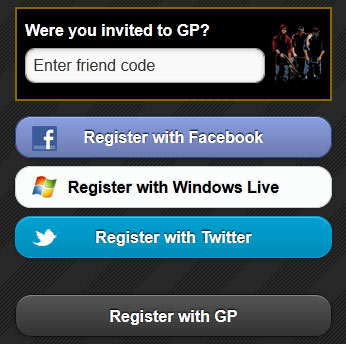 There’s no real way to let your friends know about the game, and you don’t get rewarded for doing so. In this update, every player has their own Friend Code, which they can give to friends who don’t play. If that friend then signs up with their Friend Code and reaches 1,000 street rep, the recruiting player will be awarded some credits. You’ll also be sent a friend request when your friend signs up, so it’s easy to connect with the new player as soon as they register, and you’ll be able to help them climb that mountain to 1,000 rep.

In addition to being able to tell if someone is online, in various places of the game, small skull icons will appear that let you know if that player is in range for you to attack or steal from. If the skull has a red crosshair on it, it means the player is active, too. 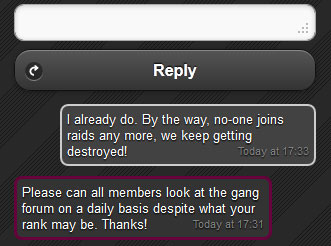 Gang Mass Message has been asked for since Gangs came out, it’s just taken us a while to decide on a way to do it that’s not annoying and fits the current design of Messages. Gang Founders and Bosses can send Gang Messages which appear in your inbox like normal messages. If you decide to reply to one, it’ll merge with any other conversation you’ve had with the leader that sent the message, and disappear from your inbox. 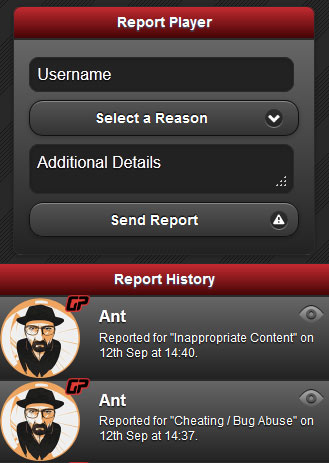 When you choose to report a player by pressing the button on their profile, you’ll now be taken to a page that allows you to provide a reason and additional information.
You’ll be able to see a history of your reports, and whether they’ve been seen and resolved by a moderator. We’ll also have the ability to write a short note in reply to your report if we need to let you know something. 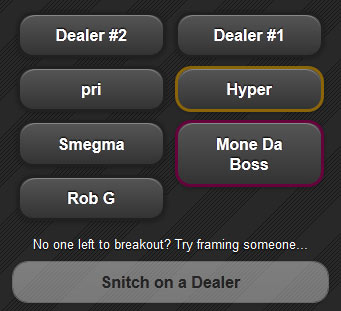 Sometimes you just want to give people you know a helping hand, so we’ve made the jail highlight friends in orange and gang members in purple so you can easily spot them and break them out.

While having multiple accounts is not against the rules – we feel you should be able to play on a different character if you like – this policy opens the game up to a lot of abuse by players who co-ordinate multiple accounts to improve their main accounts or gangs, or to give themselves an advantage in wars.

With this update, we’re hoping to prevent some of this by restricting turf wars and gang raids so that it’s harder to harass a player or gang with duplicate accounts.

We’ve done a bit of rebalancing for Gang Raids in this update. Firstly, we’ve changed most of the raid roles that had a ratio involved in their score calculation so that they don’t. Using ratios was a flawed idea that is unbalanced at the start and the end of the game, and also caused players to use duplicate accounts to artificially inflate their scores.

Some examples of how we’ve changed the roles:

While it’s possible we’re going to need to make some other changes to prevent duplicate account abuse, we’re much happier with the way these roles are calculated now.

We’ve also made a few changes to how gang HQs get damaged during raids. Firstly, we’re reducing the value of integrity so it will run out faster. It’s pretty unsatisfying to repeatedly attack a gang and do nothing but reduce their integrity. We’ve also changed how damage is dealt when the integrity is gone, too. Previously, all the gang upgrades must be destroyed before the gang will start taking HP damage, which meant the process to destroy a gang was a large and arduous one. Now, if you deal some damage to the HQ you should take off some HP too.

As I mentioned at the start of this post, we’ve made many changes which should improve the performance of the game on many platforms. However, due to the nature of some phones and operating systems, we decided it wasn’t possible to provide a one size fits all game configuration. For this reason we’ve provided access to some settings on the login screen that allow you to try out and combine different settings to find the tradeoff between performance and experience that suits you.

Not all of these settings are available on all phones, so I’ve tried to mark a note when restrictions apply.

We hope the Android players enjoy our update. We’re going to be fixing any bugs, including additional improvements and publishing on the other platforms as soon as we’re sure it’s completely ready.